On the 19th and 20th of August more than a month’s worth of rain fell in a 24 hour period bringing already saturated hillsides down into residential areas of the city of Hiroshima. Since then rescue workers have labored under dangerous conditions with rain continuing to fall and the threat of further movement to find the bodies of 72 victims with 2 still left missing. 24 homes were destroyed completely by the landslides but another 392 dwellings have been damaged, flooded, or surrounded by rocks and mud. Now the tedious and difficult job of removing this debris, helping survivors get back to normal and caring for the emotional and spiritual burdens they face has begun.

In the days after the disaster as Japan watched their television screens to see if there were any that could be rescued, Christians in Hiroshima were already preparing to make a difference. The Hiroshima Senkyou Kyouroku Kai, a group of local pastors, gathered together in the middle of the summer holidays and together with Japan Food for the Hungry International and CRASH Japan started to prepare for volunteers to work safely and effectively in the Hiroshima response.

We have learned from our experience with the Tohoku disaster that although many volunteers will rush to scene in the first response and overwhelm the local volunteer centers capacity to manage them, as the work drags on the numbers of volunteers will decrease and survivors will be left to fend for themselves. The Hiroshima Christian Volunteer Center has been set up independently by the local churches to continue working in support of their community. CRASH Japan is mobilizing volunteers throughout the month of September to join in with Christians in Hiroshima to bring help and hope to their neighbors.

Please join in! We need your help. Teams or individuals please Register with CRASH today. 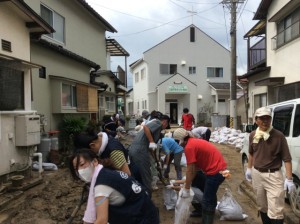 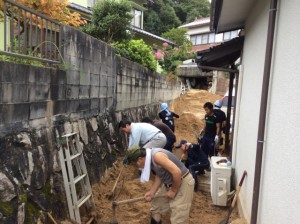 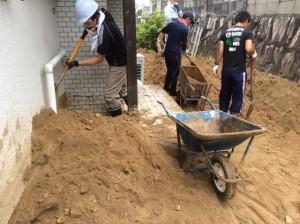