In Hiroshima, CRASH coordinated with the Hiroshima Senkyou Kyourokukai (a group of Hiroshima pastors) and Japan International Food for the Hungry (JIFH), who ran a volunteer center in a church annex. No records were kept for August, but in September, there were 360 volunteers representing 84 churches or other Christian organizations (plus additional volunteers from local churches who cleaned the volunteer center and cooked dinner every evening that were not recorded). Their combined work totalled almost 900 days of work. Most of those volunteers were local and didn’t stay at the center, but there were 315 man-nights of lodging during September – the center was hopping with people!

The volunteers were so effective at helping and encouraging victims that the city-based volunteer office started recommending us instead of themselves to the victims in the neighborhoods we served – the city volunteers changed every day, but we were more consistent.

Besides removing many tons of mud and dirt from houses, yards, streets, and canals, and beginning to repair the houses, two emotional care programs were done by volunteers from the center: a hand massage program with fragrant oils to help survivors with stress and let them tell their stories, and a flower project to give them a start on rebuilding their yards and gardens.

Most of the church-based volunteers for landslide relief were local to Hiroshima and registered directly with the volunteer center organized by Hiroshima Senkyou Kyourokukai (a group of Hiroshima pastors) and Japan International Food for the Hungry (JIFH). But CRASH volunteers also joined the effort and were able to make a difference. 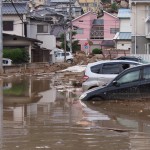 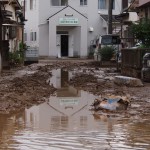 8-22 Street in front of Heiwa Church 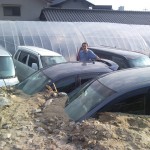 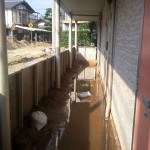 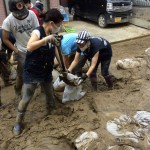 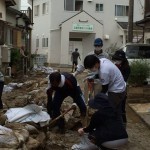 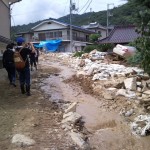 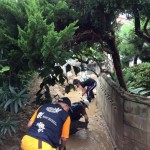 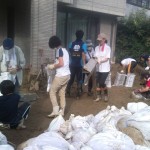 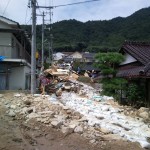 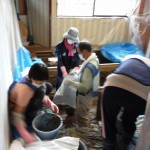 Removing mud from under floor 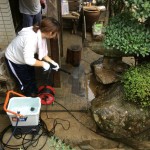 9-08 Using the power sprayer to clean a garden 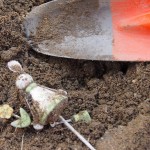 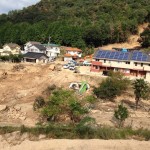 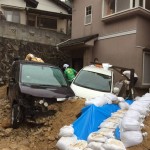 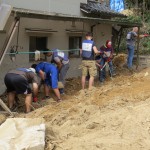 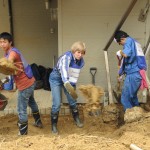 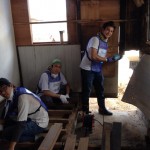 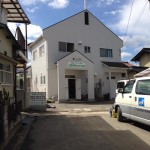